Lisapo – The Congolese Tales was a unique 16-month long project created in 2013 - 2014 as part of CAN's Exodus programme, its nationally acclaimed, ground-breaking programme of refugee arts.

The project was a response to Congolese people being one of the largest groups of refugees settled in the North West and the community being the most represented in the Exodus programme from its very beginning in 2004. 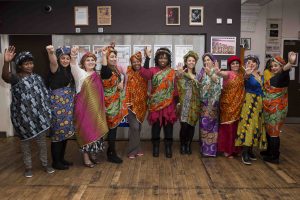 Lisapo’s celebration of the rich culture of the Congolese people, who migrated to Britain from the late 1980s onwards due to the destabilisation of DR Congo and the subsequent civil war, ignited the imagination and interest of many of the region’s Congolese people.

In all 29 fascinating oral histories were created and sensitively explored why people left DR Congo, their settlement in the UK, the forging of new identities, and the community’s rich cultural traditions from food to music to fashion. The oral histories are now held in the Ahmed Iqbal Ullah Race Relations Archive at Manchester Central Library – it was the first community archive to be created for the archive’s new home in the library – and are also available here on SoundCloud 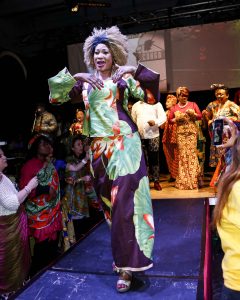 The project culminated in a packed exuberant live event at Manchester’s Band on the Wall in 2014’s Refugee Week in the month of June which also coincided with DR Congo’s Independence Day on 20 June.

‘This is how culture should be taught in school – through music, costume and food.’

The Lisapo Oratory was the highlight of the evening. The performance was developed through 12 weeks of rehearsals with the community, a six-strong professional live band, five professional singers, and dancers. The Lisapo Oratory drew on the griot/story-telling tradition and used spoken word, and original and contemporary and traditional music from the different regions of DR Congo to share the country’s rich history.

In a first for CAN, the night was live-streamed, connecting audiences from all over the world – from Sudan to Sweden – to the Congolese diaspora and people of the North West of England with live chat in English and French.

The project was funded by the National Lottery through the Heritage Lottery Fund and supported by Castlefield Gallery and Filmonik.

“This is how culture should be taught in school – through music, costume and food.”