People across the globe are rallying against the killing of Black people by the police and against racism, racialised inequality, discrimination, violence, and oppression.

Artists continue to speak out, through their work, about these injustices and their work is a profound reflection on our society and a powerful call to action.

You can book your FREE tickets here.

Black Lives Matter: Poems for a New World, published in November 2020, presents poems and short prose from around the world responding to Black Lives Matter.  The anthology was initiated by Ambrose Musiyiwa of CivicLeicester in July 2020.

The online event features powerful readings and performances from poets included in the anthology alongside creative responses from four Manchester poets – Gabriel, Jade Williams, Jova, Medulla, and the award-winning Shirley May offering a powerful and dynamic, poetic dialogue.

A panel including Ambrose Musiyiwa (the editor of the anthology),  Shirley May (Visiting Fellow at Manchester Metropolitan University and Honorary Fellow at the Royal Society of Literature for her work for young writers), Cheryl Martin (Co-Artistic Director of Commonword, Manchester‘s Black-led literature organisation) and Becky Swain (Director of Manchester Poetry Library) will share their reflections on the importance of poetry, activism and the Black Lives Matter movement to Manchester.

Gabriel is a spoken word artist who shares his experiences and views through his poetry; exploring race, political discourse, Black youth culture in Britain infused with African history. Using hip-hop-influenced rhymes and story-telling, Gabriel seeks to take audiences on a journey that educates, challenges, and inspires. He has performed at the 2019 Manchester International Festival and opened for Robyn Travis’s Freedom from the Streets book launch.

Jade Williams is a Black, Queer, multi-disciplinary artist from Manchester working in dance, poetry, writing, performance, and creative facilitation.  She has performed her poetry at venues and events including STUN, Emergency, Tickle My Fancy, Allure of Sorts (commissioned by Tape and Scaffold Gallery), and NIAMOS.

Jova Bagioli Reyes is a Queer, Latinx poet, musician, and activist. Their work draws on their own experiences and the rich tradition of Latin American protest, struggle, and art and they are committed to using their voice to build solidarity amongst the people of the world.

Medulla is a 21-year-old Zimbabwean-born conscious rapper raised in Manchester. She began writing poetry with the Manchester writing collective, Young Identity.  From this, she developed a music career that has seen her work with Wiley, Nia Archives, and Aitch. Medulla is working with Imperial War Museum North for Refugee Week 2021. 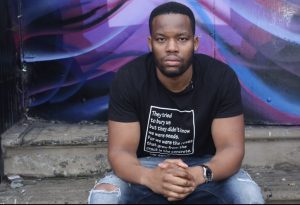 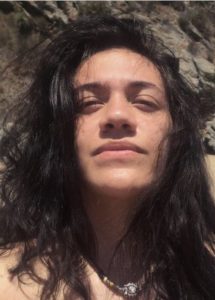 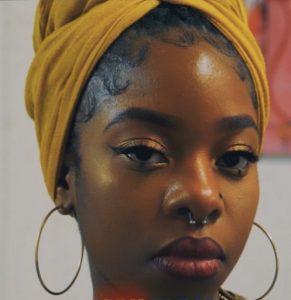 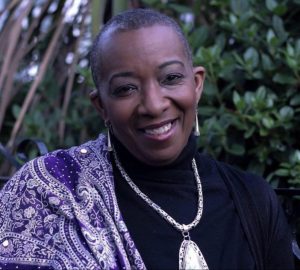 Ambrose Musiyiwa is a poet, journalist, and photographer.  His journalism, short stories, and essays have been published in newspapers and magazines in the UK, Zimbabwe, the US, and South Korea.  His poem The Man Who Ran Through The Tunnel has been translated into 12 languages.  Ambrose is a University of Manchester/CAN PhD candidate in the Department of Drama.

Shirley May is Visiting Fellow at Manchester Metropolitan University, artist-in-residence at the Ahmed Iqbal ULLAH RACE Centre at the University of Manchester.  She is the director of the Young Identity writing collective which works in partnership with Contact, HOME, MIF, and Trafford Housing Trust. Shirley is the recipient of an honorary fellowship from the Royal Society of Literature for her work for young writers. Shirley is featured in anthologies by Suitcase Press and Crocus Books.

Cheryl Martin is Co-Artistic Director of Manchester’s Black-led literature organisation, Commonword as well as the Black Gold Arts Festival.  She has worked as a poet, playwright, and director, and was a former Associate Director, New Writing/New Work at Contact.  Her first solo poetry collection, Alaska, was longlisted for The Polari Prize.

Becky Swain is Director of Manchester Poetry Library. She has led arts and learning programmes at organisations including Arvon, University College London, and Creative Partnerships.  She is a Fellow of the Royal Society of the Arts.

Manchester City of Literature isn’t one organization, it’s made up of many. All the writers, bookshops, libraries, festivals, event teams, and more are part of our team

Manchester Poetry Library is a public poetry library that welcomes all. As part of Manchester Metropolitan University, it hosts a collection of poetry and a year-round programme of events. The library will be opening on Oxford Road in 2021.