Hidden Tales, our powerful and inspiring 20-month long partnership project with the Petrus Community, a charity working with the homeless and those at risk in Rochdale, Oldham and Rossendale.  The project developed a unique digital art trail around Rochdale’s town centre and an unforgettable sell-out performance and film screening event at Touchstones Rochdale in October 2017.

Hidden Tales was launched in May 2016, to create a voice for the people and volunteers of the Petrus Community. CAN’s Creative Producer, Sara Domville, set out on a journey to uncover the hidden lives, stories and experiences of Rochdale’s homeless community.

Sara worked with 52 people in the intensive six-month Phase One of the project through weekly workshops, people explored digital storytelling from animation to photography and video and learned writing and drama to tell their stories.  Mobile phone filmmaking workshops were delivered with Manchester Metropolitan University. The project included a strand called Walk, Talk, and Record, which focused on Rochdale’s landscape and the people’s experiences of the town.

The trailblazer event at the mid-point of Phase One was part of the Rochdale Literature and Ideas Festival in October 2016.

Audience feedback from the sold-out event was phenomenal, with comments including:

“It was incredible. Such talent.”

Phase Two included a six-month-long creative writing workshop programme at Rochdale’s The Vibe, and the production of eight video portraits, exploring the different challenges faced by the people of the Petrus Community.

Sara worked closely with the group to develop their stories. A creative team including the award-winning filmmaker Mat Johns, the designer Mark Brown and the poet Martin Stannage joined the project to bring the stories to life. 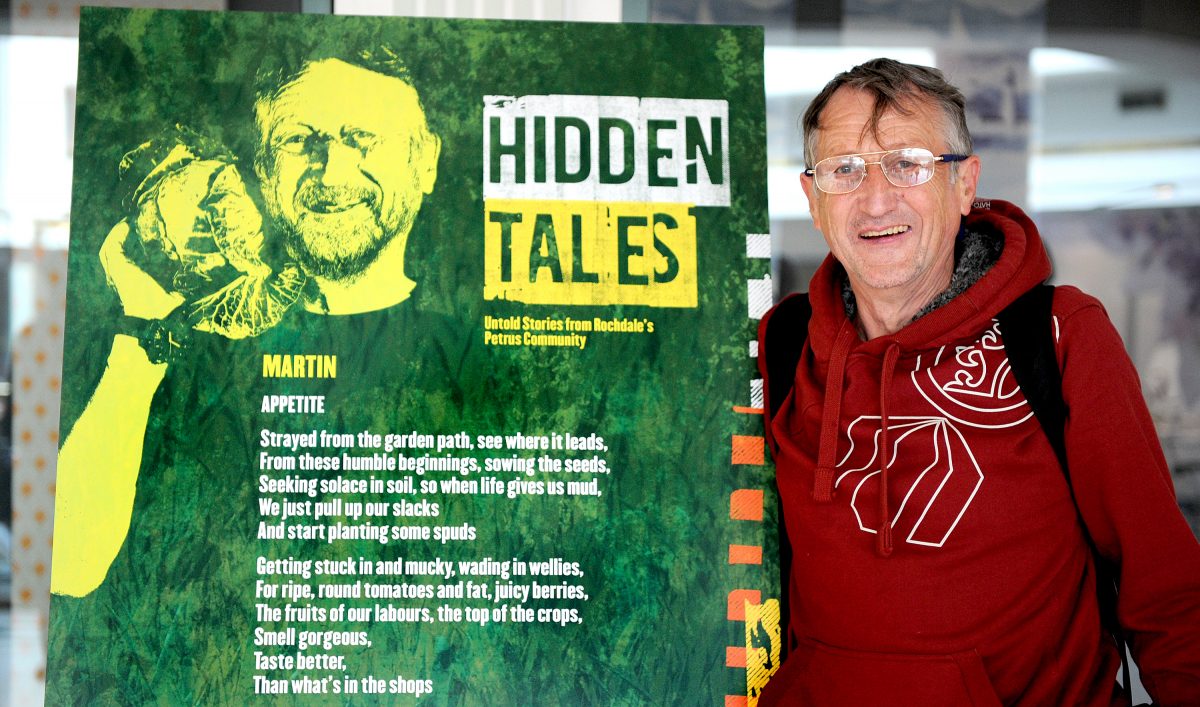 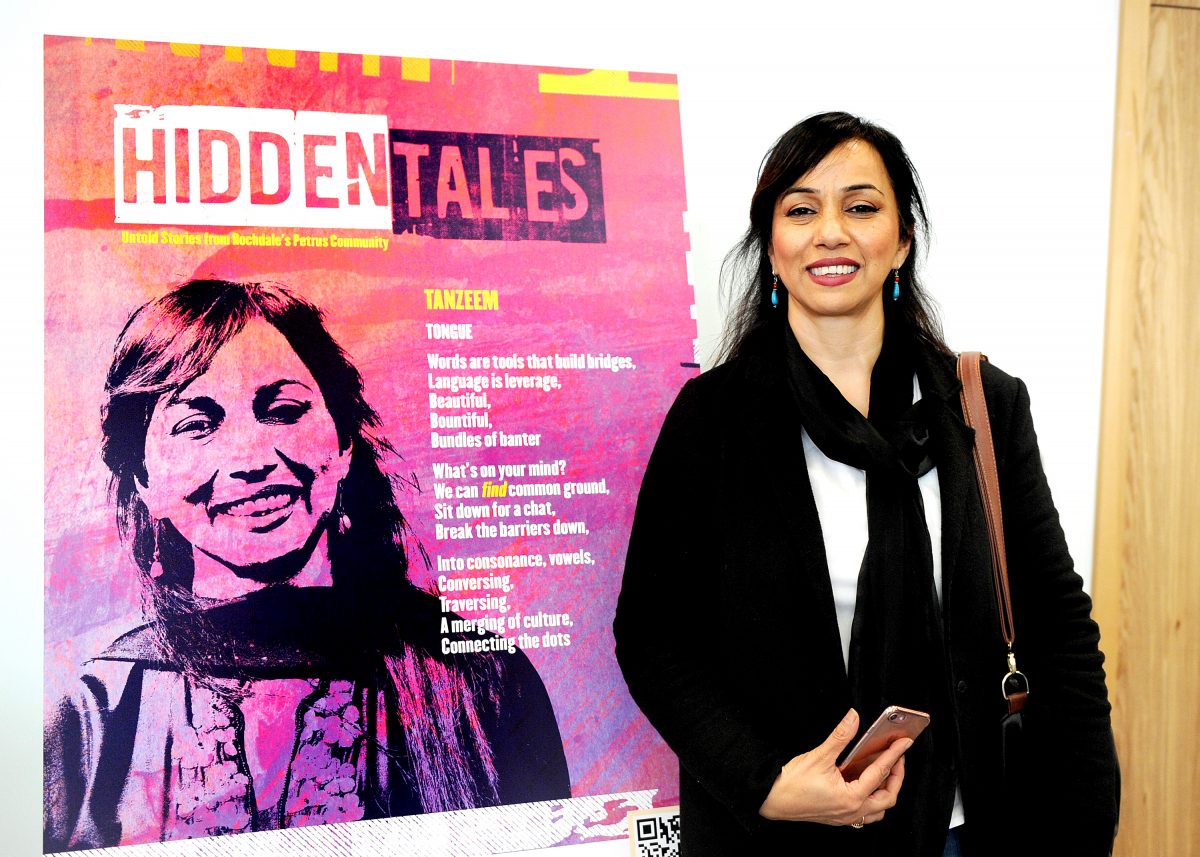 The Hidden Tales Digital Art Trail was launched in Rochdale’s town centre in October 2017.  The art trail of eight artworks, featured a poem, a portrait, and a QR code, linking to a series of breathtaking short films telling people’s stories of adversity and triumph. 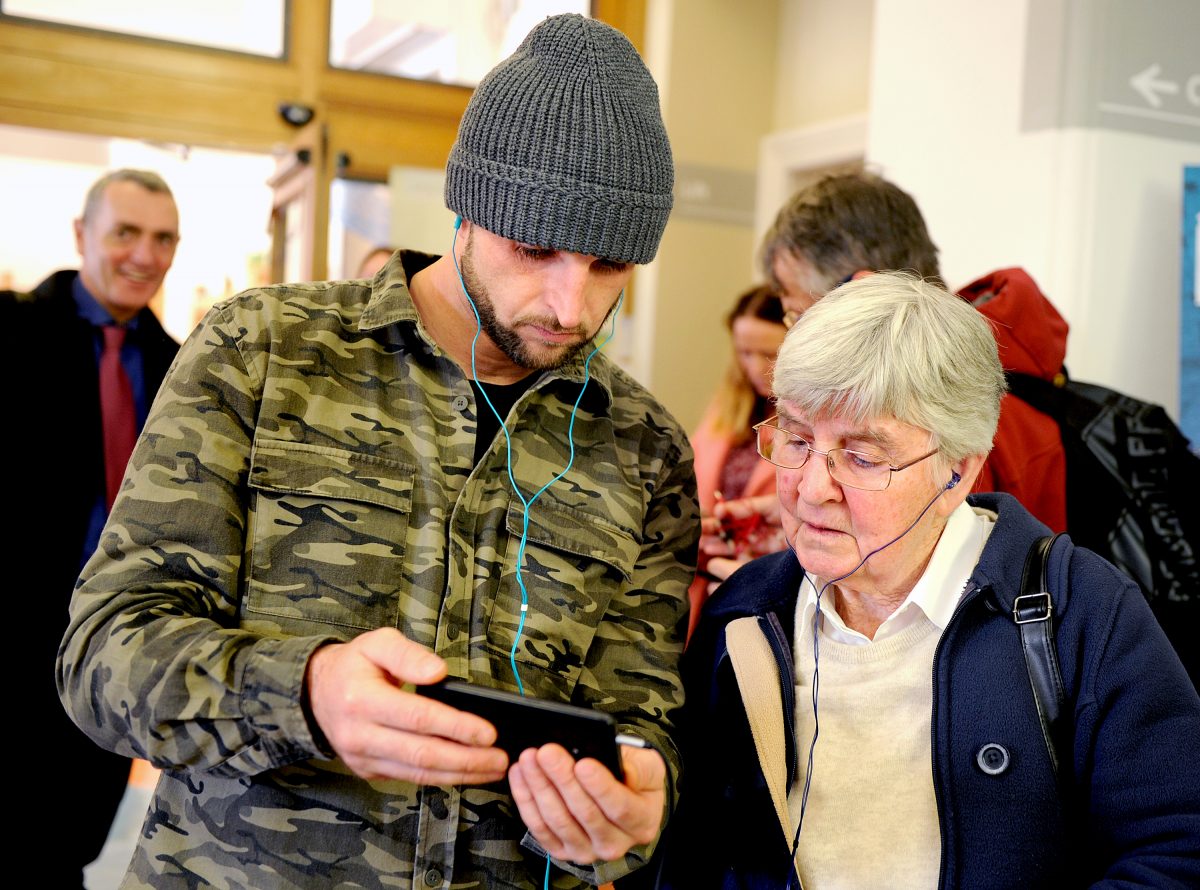 “We’re absolutely delighted to have been involved in the Hidden Tales project, especially for our service users who really enjoyed taking part. Due to the nature of our work, we often hear the stories that nobody else hears and so it really is fantastic that Hidden Tales helped bring them to a wider audience.”

“The stories told through the artworks are funny, sad and heart-warming. They share the best in people in challenging times, and by giving you a glimpse of humanity’s best attributes – faith, strength, kindness and honesty – they stop you in your tracks.”

“Creative expression is transformative and Hidden Tales is proof of that. Inspired by the challenges, beauty and richness of their lives, the Petrus Community embraced the arts to tell their story, growing as people and developing their self-confidence. I have huge respect for everyone for having the strength to talk so openly and share their personal life experiences. Everyone has something to say and something to contribute, that’s what we are trying to show with this project.”

Alongside the digital arts trail, the project featured a sharing of creative writing, poetry, spoken word, and the screening of the eight short films at Touchstones Rochdale, which was hosted by the Mancunian Poet, Mike Garry, to a sell-out audience. For some people taking part in the project, this was the very first time they had shared their work on stage with a live audience. 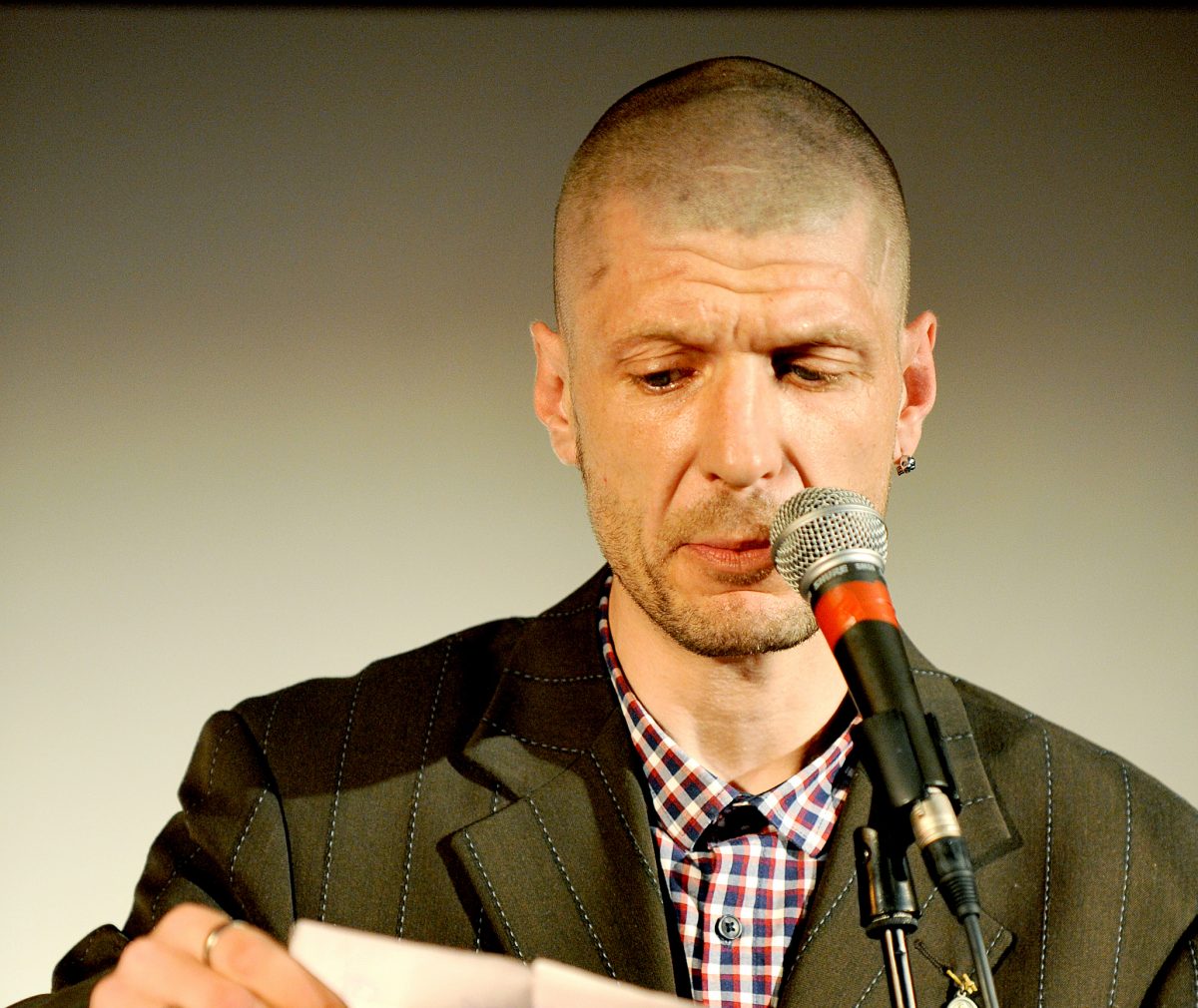 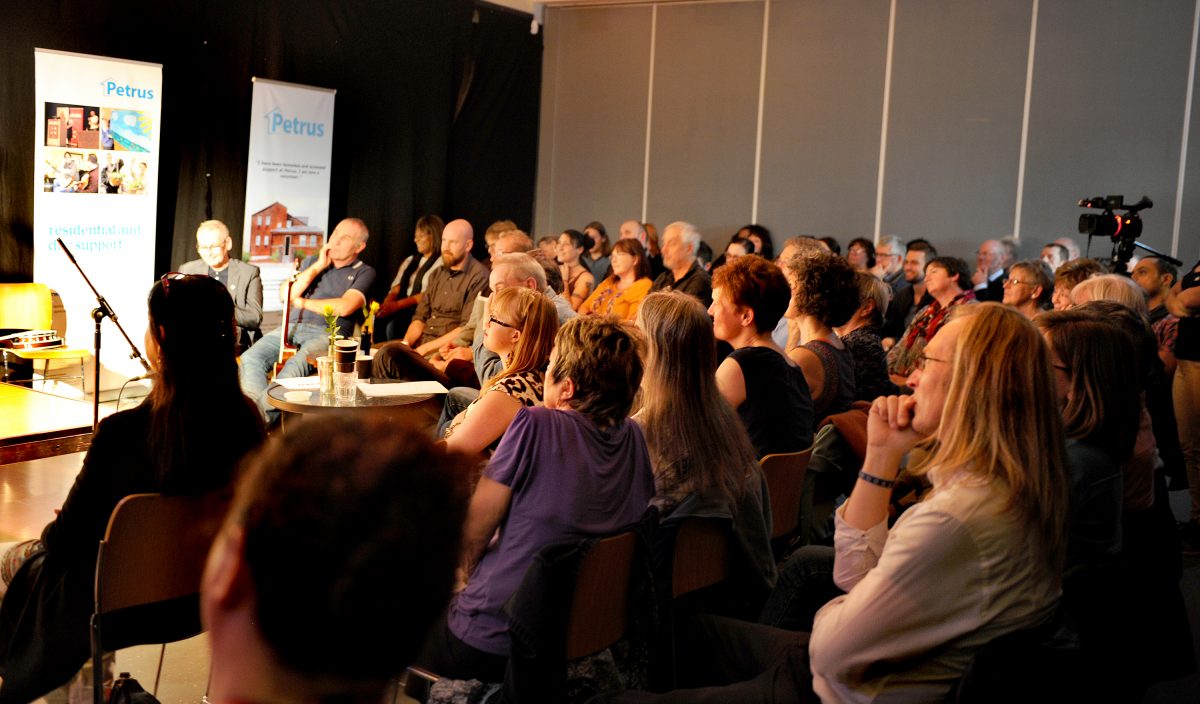 “The event was enjoyable and entertaining but crucially, it also made you think, and provided a reminder of the importance of speaking up and speaking out about issues which matter and affect so many of us.”

Over 20 months, Hidden Tales gave a voice to people who are made silent by society. Over 100 people, who’ve survived life’s most challenging times, developed their creativity and skills, boosting their self-confidence and self-esteem, and making new friends and connections, through a unique participatory arts programme.

Hidden Tales had a different story to tell and together they’ve reminded us – in Andrew’s words – that:

“Society tells everyone to put your blinkers on and walk your walk but there’s no actual number to all the good things that people are doing behind the scenes. Everyone has something to offer, everyone has a story and you never know unless you speak to them. By talking and telling each other our stories, we can be medicine for each other.” 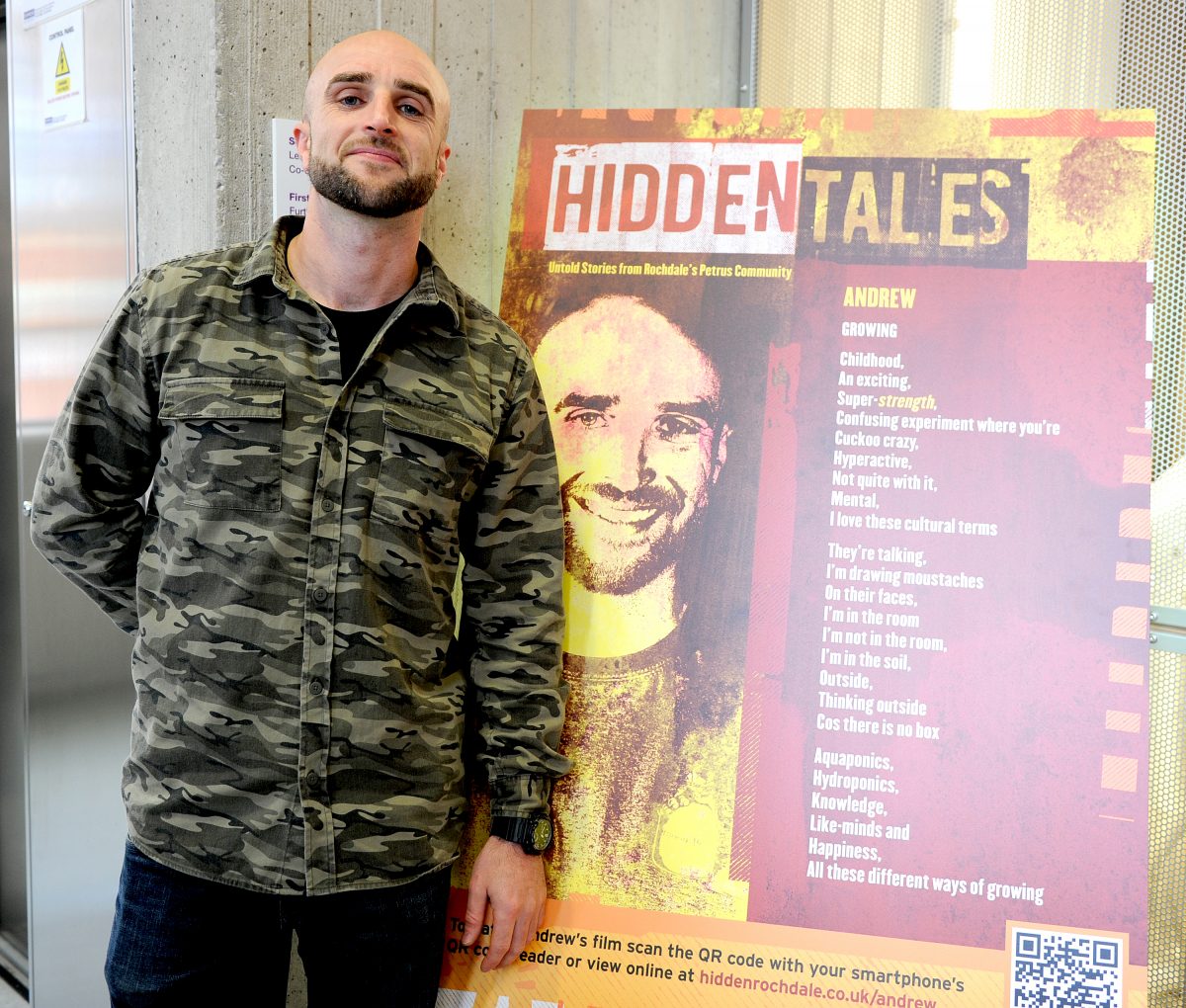 See Andrew’s story by watching his film and other films made in the project.

Hidden Tales has been developed by CAN in partnership with the Petrus Community, a charity working with people who are homeless or at risk across Rochdale, Rossendale and Oldham.

Supported by Arts Council England and The Granada Foundation.